Disk'O Coaster is also called Mega disk'o,Disk'o coaster,it is a new kind of outdoor playground amusement rides which attractive a lot of passengers. It has the functions of rotary and sliding that can give you the thrilling feeling just like flying dance in the sky.

22 seats mega discko flying UFO ride Fairground Games funfair park Magic Bowl Ride, also called Flying Disco, or Magic bowl ride, and is a new disco coaster amusement ride, mostly appreciated by the younger all over the world. Flying UFO ride consists of a giant UFO turntable and sliding Track. The UFO rotates from slow to very fast speed on clockwise or anticlockwise, sliding from the bottom to the higher point on the single track when it works. The sudden rising and falling, ups and downs with countless changes, fast and slow, accompanied by strong, powerful interactions brings the passengers the most magically thrilling feelings. The flying UFO ride is the most thrill rides and stimulate projects in amusement park, theme parks, playground or even carnivals. If you want to feel the sense that you can't control your body and mind, just try once and you will deeply fall in love with this magic ride. It is suit for the big amusement parks, theme parks, outdoor playgrounds, carnivals.

When Tourists ride on a high-speed rotation of the turntable swinging back and forth, so it is dazzling and thrilling; The 360 degree Flying UFO rides is an electric powered roller coaster type amusement rides. it is automatically running on the track up and down. Especially when it rush down, the passangers could feel the upmost sense as zero gravity. So they will feel excited and just like flying in the space, so we also call this rides as Flying UFO. 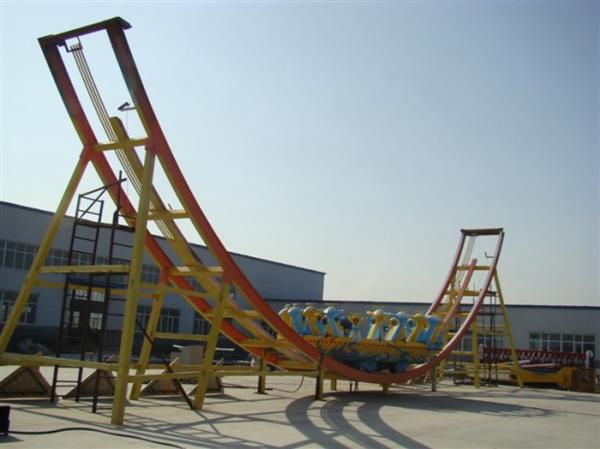 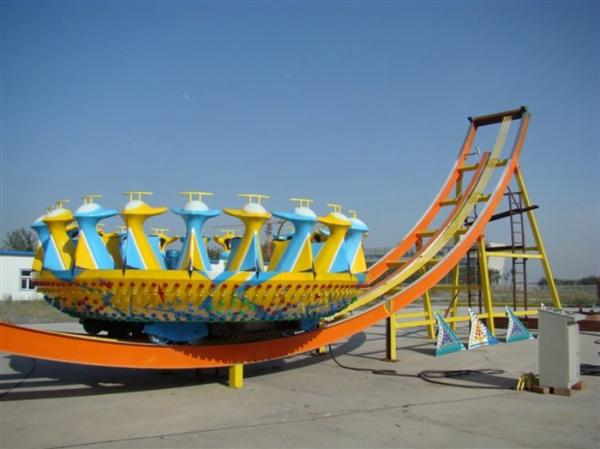 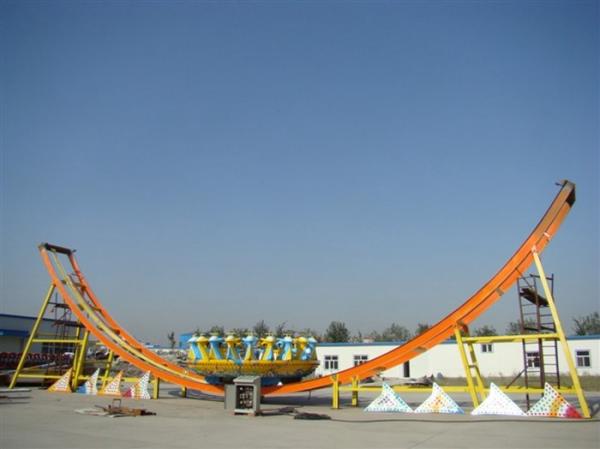 We have the advanced manufacturing technology of mechanical, electronic and Composite materials, the high quality with fair price is our advantage. So far, ALI BROTHERS amusement rides has been delivered to all over the world.

The foundation of ALI BROTHERS AMUSEMENT RIDES is the quality and safety.

Amusement Ride Standards and are approved by the ISO9001 quality management system.